Turning 50 in only a couple of months really hits hard on the “time flies” concept. As I look back at my years so far here on earth, I realize just how much more I could have done with those years. And so, I’m working to do as many things as I want to each and every day. One of the things that has been on my list since I met Mark is to skate in the North Shore (Lake Superior) Inline Skating Marathon with him.

You know, because I’m cool and hip.

And because I’m such a master at rollerblading.

Anyone who had seen me with my boys when they were little playing street hockey would have said so.

At least that’s how ~I~ remember it.

As a matter fact there’s a funny story about that. When I had first met Mark on EHarmony (thank you very much), I was very excited to learn that he liked to skate. I had never really known another man that liked skating and since I had always loved it, I was thrilled to have a partner that would also take part in something that I enjoyed so much.

When he had first been down to my house in Phoenix, he brought his skates and we decided to head out around the neighborhood for a leisurely skate. In my mind, I was a great skater and I fully expected to be better than Mark at skating. I had been roller skating at every birthday skate party my kids were invited to and my youngest had been an avid skater so we went to the rink a lot.

I thought I’d be skating around him in circles.

The first clue that my expectations might be out of wack were Mark’s roller blades. My roller blades were the ones my son had outgrown that I got him from Target. Mark’s were …shall we say… PROFESSIONALLY fitted and made for him. They were SPEED skates, not unlike what you see the pro skaters wear in races. Well, he probably just wanted to have cool looking blades right?

But I kept believing in my personal skating status. We set out for our initial skate and my mindset was one of “I’ll encourage him no matter how bad he is at this.” But it only took about 30 seconds for me to realize that in-line skating wasn’t the talent that I had possessed after all- it was more like rollerskating in an indoor rink to cool music.

And really…was I ~that~ good at the roller rink? Had I been wrong about my own assessment of my talents?

I watched as Mark sailed by -indeed looking like an Olympic speed skater, which compared to my tentative glide, brought on a surge of panic. You know that Elaine from Seinfeld moment of “Am I not as good looking as I think I am?” Not only was he far better than I was at skating but I was also realizing I was terrified. I didn’t remember how to skate at all and PS rollerblading pace is a much faster speed than rollerskating any day.

I began to have visions of wiping out and having scrapes and bruises everywhere or worse yet a broken limb which heretofore I had managed to bypass in life.

And then I was pretty sure after that Mark would just laugh at me and go back to his home in Utah from whence he came – our passionate romance ending with “not only does she look like Pippi Longstocking, she cant even skate like she told me she could.”

So I tried to keep the terror pushed down and just managed to get around the block without falling. Fortunately I survived without much ado, but the fact remained that I was absolutely terrified to skate and I couldn’t understand why. I had always loved skating and it was something that while I wasn’t an expert at, I felt I could hold my own on a recreational level.

I thought it was a fluke and I just needed more practice, but every time we went out skating, I would feel that anxiety and fear set in. I can remember at least three distinct times I sat down and cried like a child because I was so afraid of a specific trail (always involving a hill).

When we first had been dating, Mark had shared that he really wanted to do the North Shore Inline Skating Marathon in Minnesota together. He had skated it many times and had really wanted to be able to share that with me. I’m sure my one uber skating lover that is reading this can relate. It is great to have a partner who skates if you love to skate.

Over the years our schedule (luckily) kept me from being able to even think about doing the race.

Fast forward a few years and now that our wedding has been behind us for almost a year and we are heading up to Minnesota, conveniently right where the race is, for our first anniversary. I thought it was time to actually put my money where my mouth was and train for this race. I knew I could get past the fear, and if nothing else, just get my skills to where they need to be to complete this race. I don’t need to be competitive in time I don’t need to do anything fancy. I just want to go straight for 26 miles until this race ends.

So I started watching videos of lots of really good inline skaters. I can see how these videos actually inspire a lot of people to want to skate – they are fun to watch, showcase some serious talent and they are full of great lessons for new and seasoned skaters alike. I will admit they definitely helped my confidence and they are something I turn to when I just want to get my mind in the right frame of reference. (See some of my favorites below.) I feel that seeing these people skate so well really enabled me to see good form, learn new skills and to get a sense of what it feels like to be confident on skates.

And I have actually been doing well! The race is 6 weeks away and I’m starting to feel more confident.

Two days ago, I decided it would be a great idea to go skating on our date night to a path down the street from us. It has two sides, one of which is hilly and one of which is REALLY hilly.

I had forgotten that at the end of the flatter side, there is a pretty
pretty
pretty (hearing Larry David in my head)
sizable hill that makes me literally cry thinking about skating down. Mark makes it look like child’s play (which it actually probably is – after all what kid doesn’t love a good hill to skate down.) . Turns out, I don’t like that at all.

I forced Mark to go up and down that hill a couple of times so I could watch his technique. And hey, let’s face it, maybe it would tire him out a little so he would go slower on the way home. I had been feeling pretty confident in my braking so I was practicing slowing down on the top of the decline and was doing okay when I started going a little ~too~ fast for my terrified brain and I ended up off the path in a pile of cactus, having twisted (and possibly breaking) my leg. I was sitting there crying when Mark came back up the hill for the third time to see what had become of me.

Now let’s be clear, I was still at the TOP of the hill. I had barely gone a few yards when I had my wipe out. I was mortified. If I’m this terrified at the top of a hill, what will my brain do to me when I’m really gaining speed?

Boy was I glad I had worn the jeans Mark had made fun of me for wearing! They saved me from getting totally scratched up from the brush. I sat as tears streamed down my face. I knew I had hurt myself and I was immediately sad that now I wouldn’t be able to race. Then I was sad I might actually be hurt and how would I get back to the trailhead?

But then, I thought, “I fell! And I’m okay!” Even if I did fracture something or have a sprain, I really was okay. The pain was still there, but I got back up on my feet. Sniffling pathetically all the while, I side stepped my way with Mark watching about half way down the hill. I asked him to go on ahead so I did not have the pressure of him watching and then I took half the hill and went down full speed. I was still terrified, but I did it! We skated back to where the car was parked and even though I knew I was hurt and would have to deal with it, I felt good that I hadn’t given up and that I had finished strong!

Today, I’m writing this with ice on my leg. We did go to the orthopedist to make sure my leg wasn’t broken, and indeed, it wasn’t. Which means I have every intention of continuing training and participating in the race.

This may all seem like an insignificant goal, but honestly, it can be applied to anything that seems to loom large and scary. In all seriousness, there are lots of things in life we choose not to do because they seem too scary. We never WANT to fall. But we really can’t learn and get better unless we do.

I’m heading back out there in a few days – I am giving my leg a chance to heal. Taking my vitamins, eating healthy, keeping inflammation low… but I’m actually excited to get back out there and start again. This will be the beginning of my marathon journey! Stay tuned!

Some of my favorite Rollerblading tutorials:

How to live your ultimate life...

IT Professional by day, adventurer by nights and weekends, Michelle Muellner is a high performance coach trained to help you reach your ultimate potential. From nutrition, health and wellness to high performance in lifestyle and entrepreneurship, she is passionate in being a guide for you to achieve all of your goals and dreams. ... Readmore

Change your life today! Sign up for our newsletter! 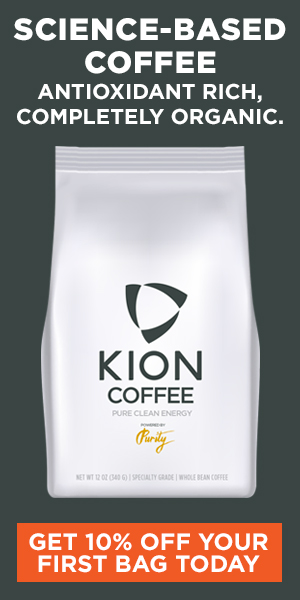 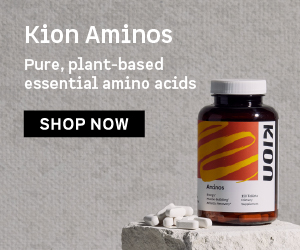